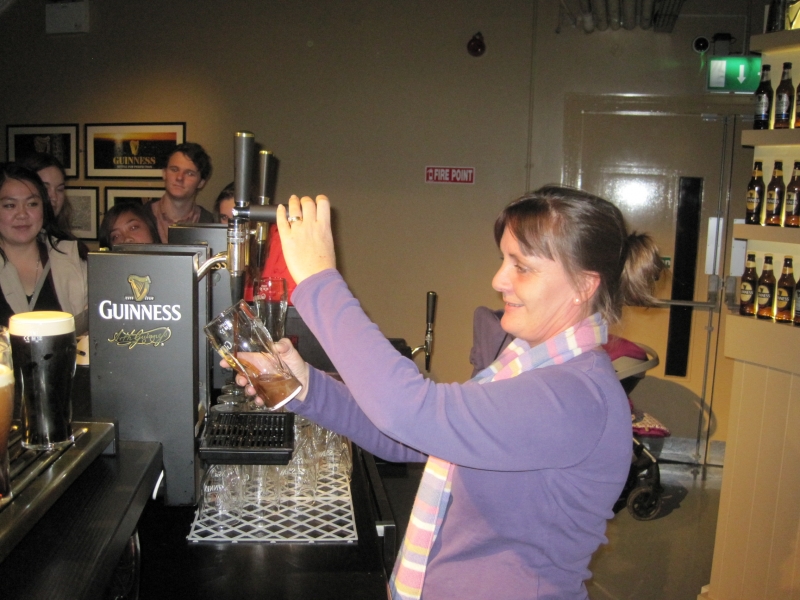 Pulling a Pint at The Guinness Storehouse 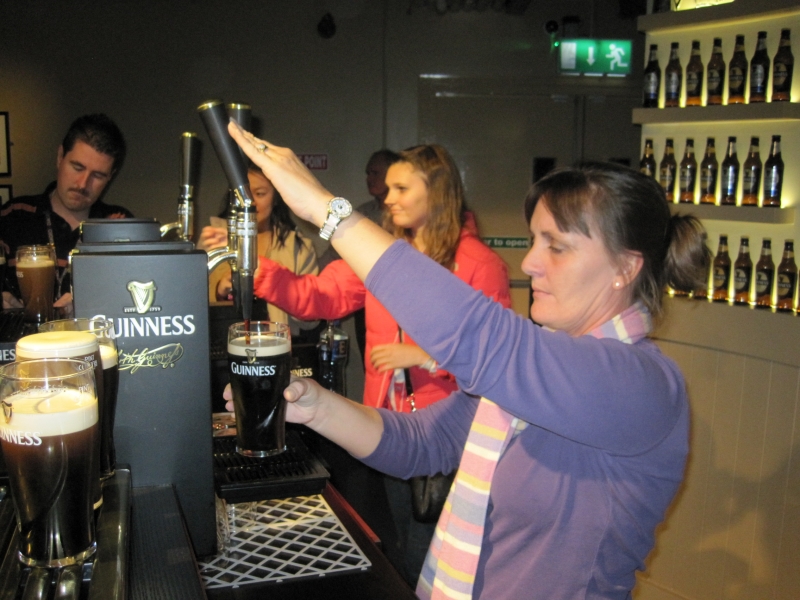 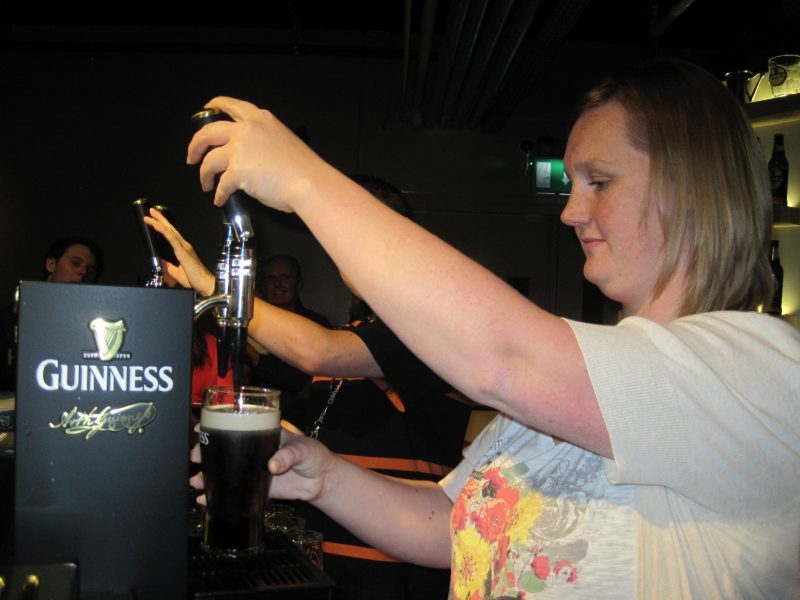 The Guinness Storehouse explains the history of Guinness. The story is told through various interactive exhibition areas including ingredients, brewing, transport, cooperage, advertising and sponsorship. At the base of the atrium lies a copy of the 9,000 year lease signed by Arthur Guinness on the brewery site. In the Perfect Pint bar, visitors may pour their own pint of Guinness. The Brewery Bar on the fifth floor offers Irish cuisine, using Guinness both in the cooking and as an accompaniment to food

Set in the heart of Ireland’s thriving capital city, Dublin, The Old Jameson Distillery captures the imagination and the spirit of Ireland! Let our expert guides lead you through the fascinating story of Jameson, the world’s preferred quality whiskey. Follow the path through malting, milling, mashing, fermenting, distilling and maturing. The journey is completed with a visit to the Jameson Bar where you can enjoy the ultimate whiskey tasting experience. After your tour, browse in the gift shop or lunch in the restaurant or bars and absorb the unique atmosphere

Built in 1792, it is Ireland's most famous disused prison. It held throughout the years many famous Nationalists and Republicans in members of the Society of United Irishmen (1798), Young Irelanders (c1840s), Fenians and Land agitators, Parnell, Davitt. The leaders of the 1916 Ester Rising were executed here. The prison was closed in 1924. This building gives a good insight into the history of Irish Republicanism. Daily guided tours.

Trinity College, Dublin was founded in 1592 by letters patent from Queen Elizabeth I as the "mother of a university". It is one of the seven ancient universities of Britain and Ireland. It is Ireland's oldest university.

The Book of Kells is celebrated for its lavish decoration. The place of origin of the Book of Kells is generally attributed to the scriptorium of the monastery founded around 561 by St Colum Cille on Iona, an island off the west coast of Scotland. It must have been close to the year 800 that the Book of Kells was written, although there is no way of knowing if the book was produced wholly at Iona or at Kells, or partially at each location. It has been on display in the Old Library at Trinity College Dublin from the mid 19th century, and attracts over 500,000 visitors a year.

St. Patrick's Cathedral is the largest church in Ireland. Unusually, Dublin has two cathedrals belonging to the Church of Ireland, which act effectively as co-cathedrals. Today the cathedral is the location for a number of public national ceremonies. Ireland's Remembrance Day ceremonies, hosted by the Royal British Legion and attended by the President of Ireland, take place there every November.

Grafton Street, located between Trinity College and St Stephen's Green is the more smart shopping area with fashionable stores such as Brown Thomas, the department store catering for many designer showcases, both foreign and local. Dublin's leading and most exclusive jewellers, Weirs, is also here, as well as the most popular of the famous Bewley's Cafés.

Other principal shopping streets in the area include Wicklow Street, Dawson Street, and South Great Georges Street. The nearby Powerscourt Towncentre is one of the nicer, albeit small, shopping centres in the city. Also close by is The Georges Street Arcade, an indoor market well worth a visit.

Contact us to find out more information on Dublin Chauffeur Tours or to make your booking now.